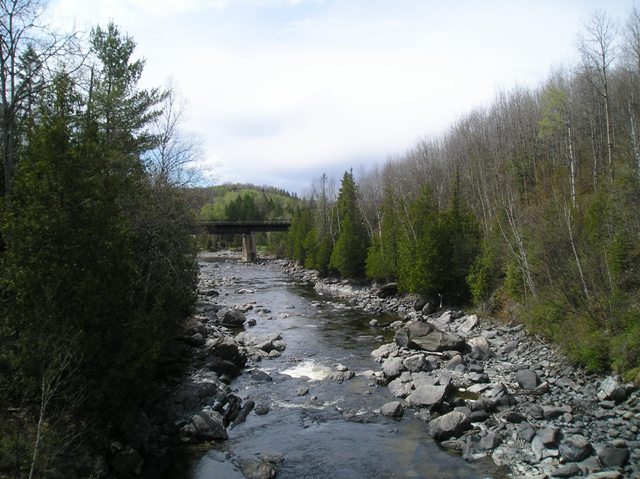 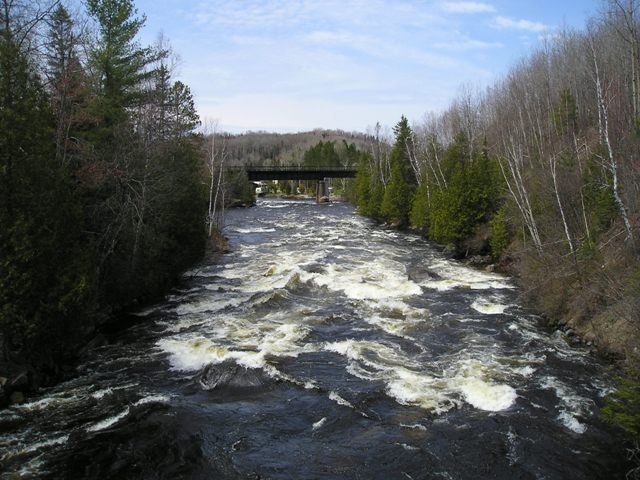 A nice day to sit and read on April 7

Spring is here and the maple sap is running 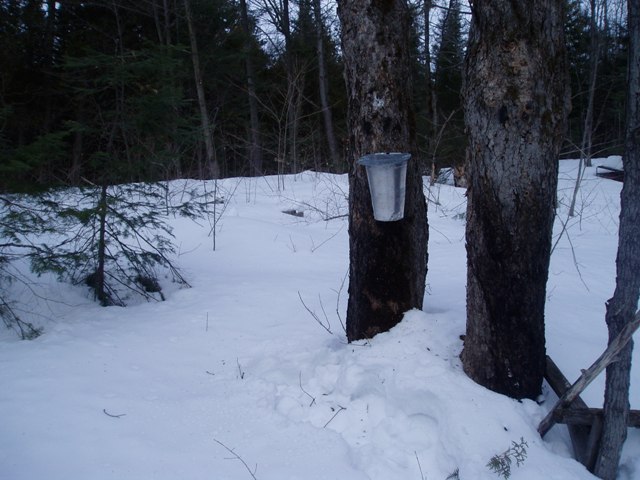 Time to bring in some more water.

Break ins continue to plague lake residents – This boathouse door was kicked in.

Harold Keevil sends along some pictures taken March 26 of some of Temagami’s environmental hotspots by the Friends of Temagami “Airforce”.

Some of these show how close the environmental destruction by clearcutting comes to the area’s waterways.  Others show newly threatened treasures.

We invited Friends of Temagami to speak at this year’s AGM at Camp Wabun on July 29.
See  http://www.panoramio.com/user/5711767

One of these photos is shown below

A new parking lot for use of the Bear Island community can be seen here between the Manitou and Mine Landings. 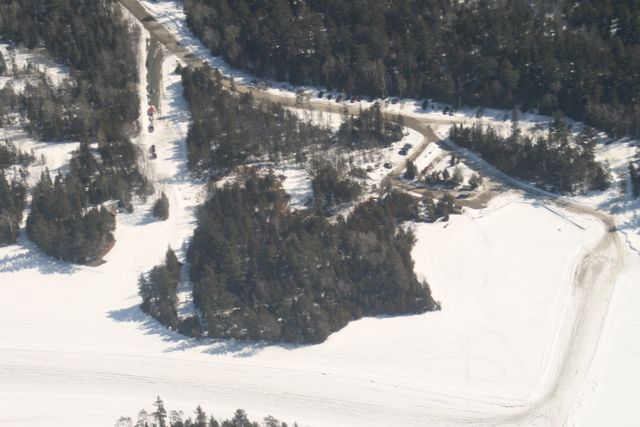 March 20 – A significant thaw was followed by a deep freeze – a young person could go mile on skates.

March 18 – March Break and the sun is out with perfect travelling conditions. 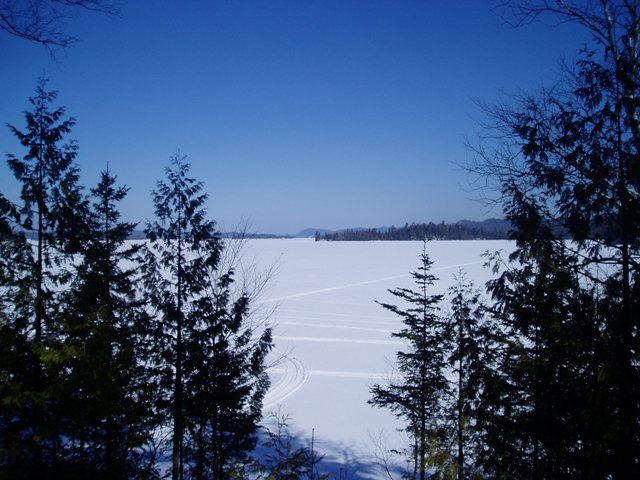 A sunny day, good food, good friends and a good time – thanks to France Gingras for sending the photos 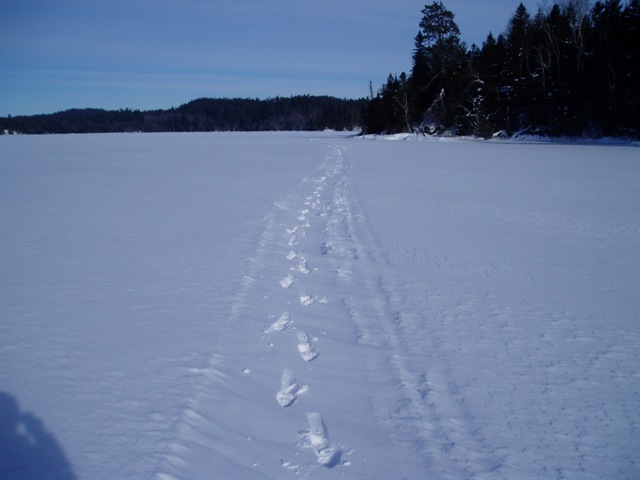 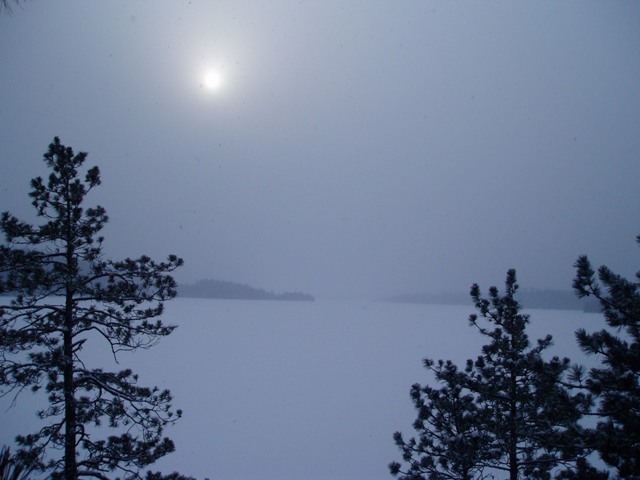 Winds of December take toll on trees on many Islands 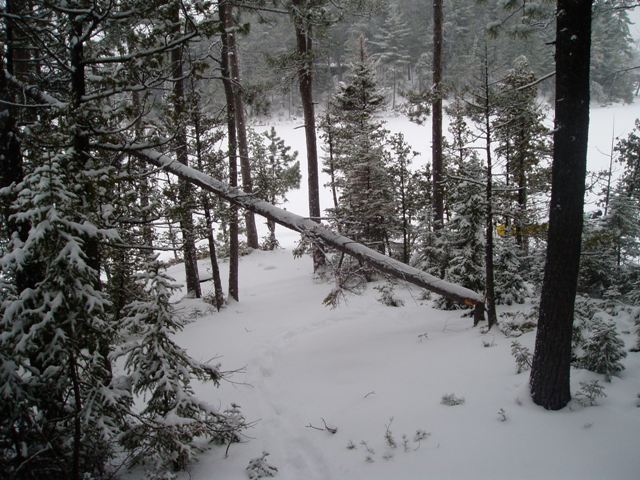 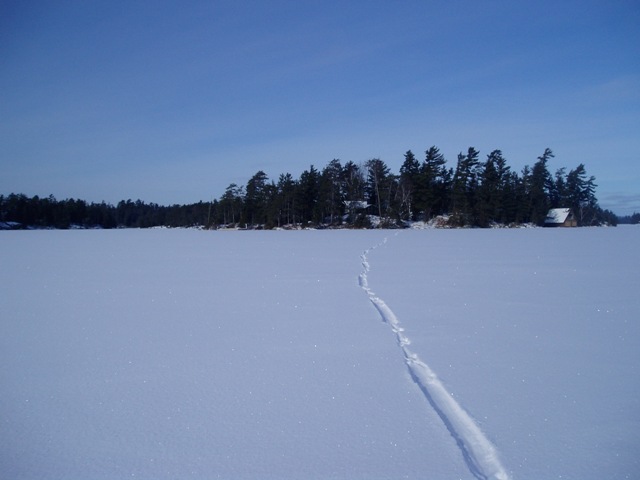 Looking towards North Arm from Garden Island on Jan. 9

Winter is here, the sun is out and travelling is good 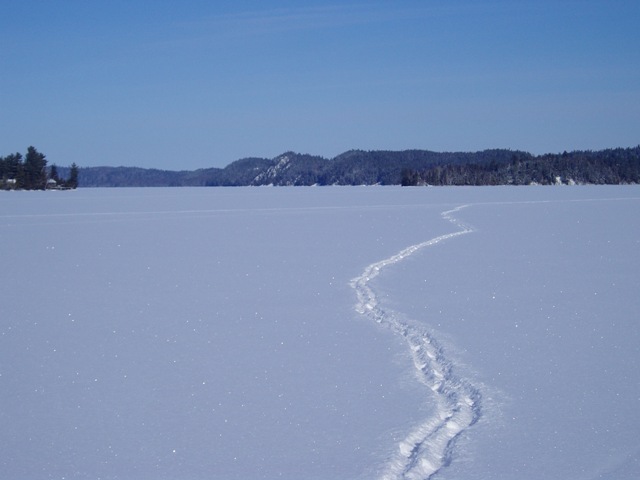 dock such as the Wabun dock below in two photos 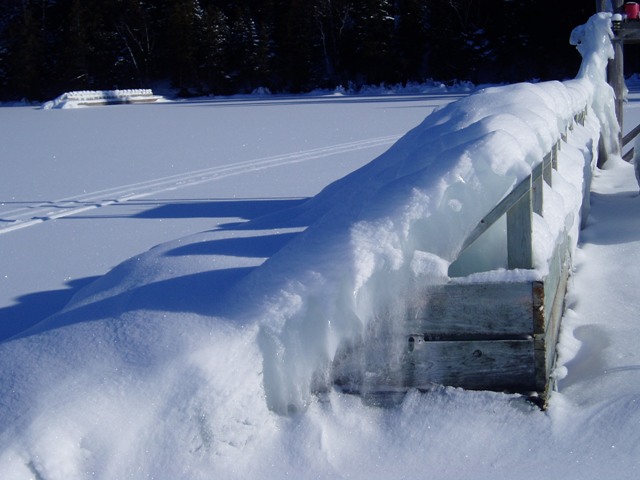 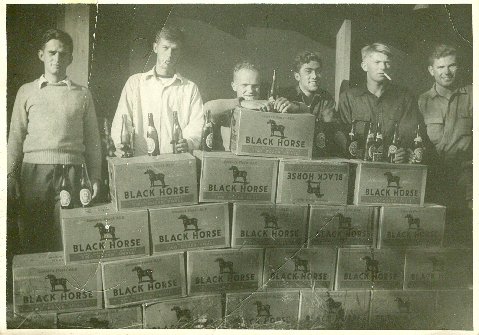 Ron Miller sends a couple of photos from the air on Dec. 27.  I am waiting for safe travel to gointo my property on Garden Is. but this photo does not encourage me yet around my dock.

Things don’t look much better around Keewaydin and Kokomis either 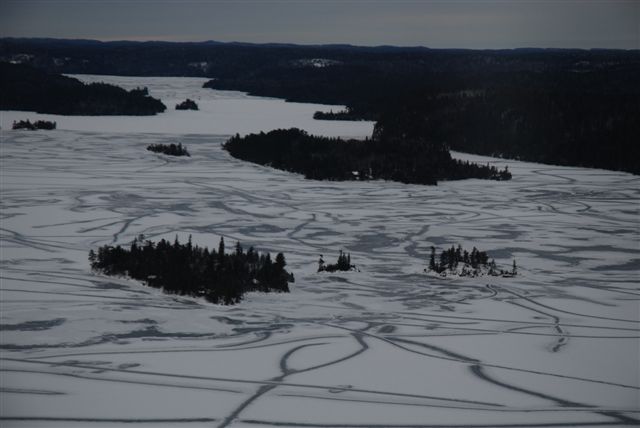 Dec. 21 – ice all over except for part of Shiningwood Bay and the North Arm – thanks to Allan Eustis

On Dec. 17 the landing is frozen in, as are a couple of boats – photo Bob Farr 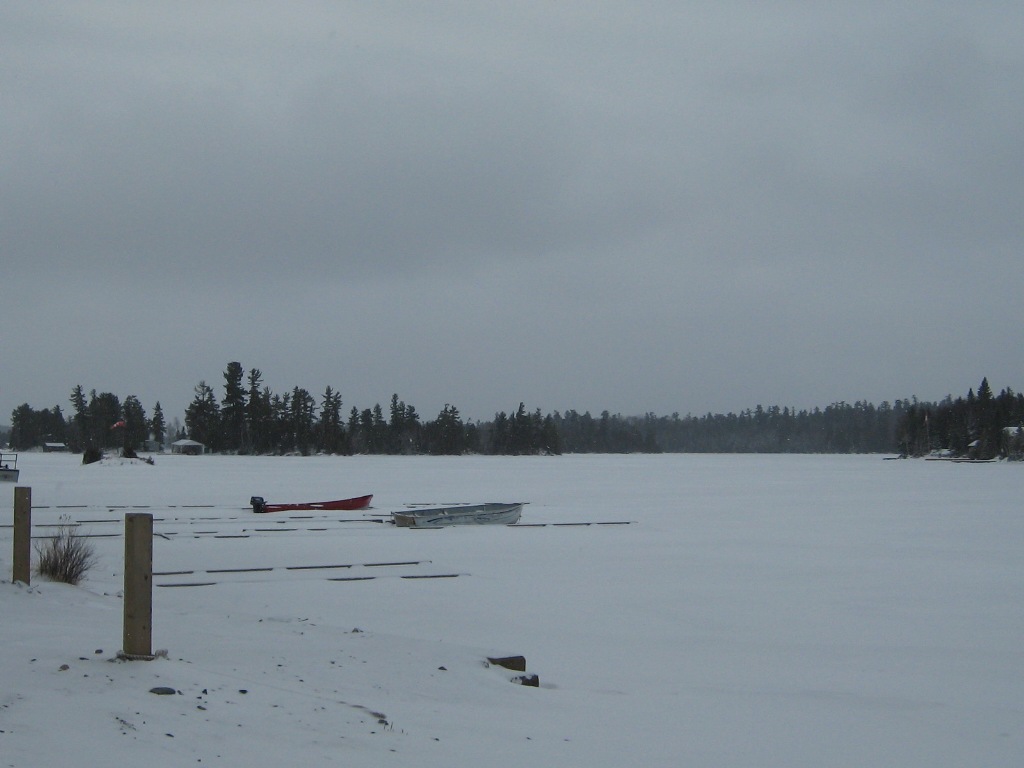 The Bear Island air boat/taxi is seen at the Mine Landing on Dec. 17- photo Bob Farr 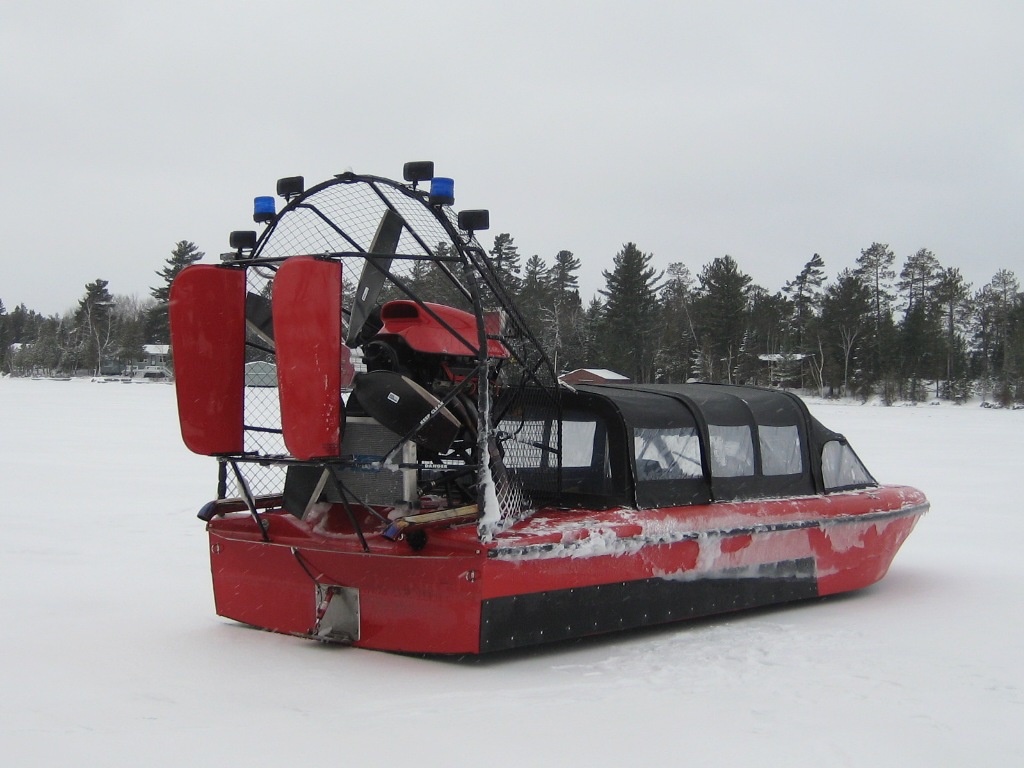 predicted from Bear Island to landing sometime this weekend 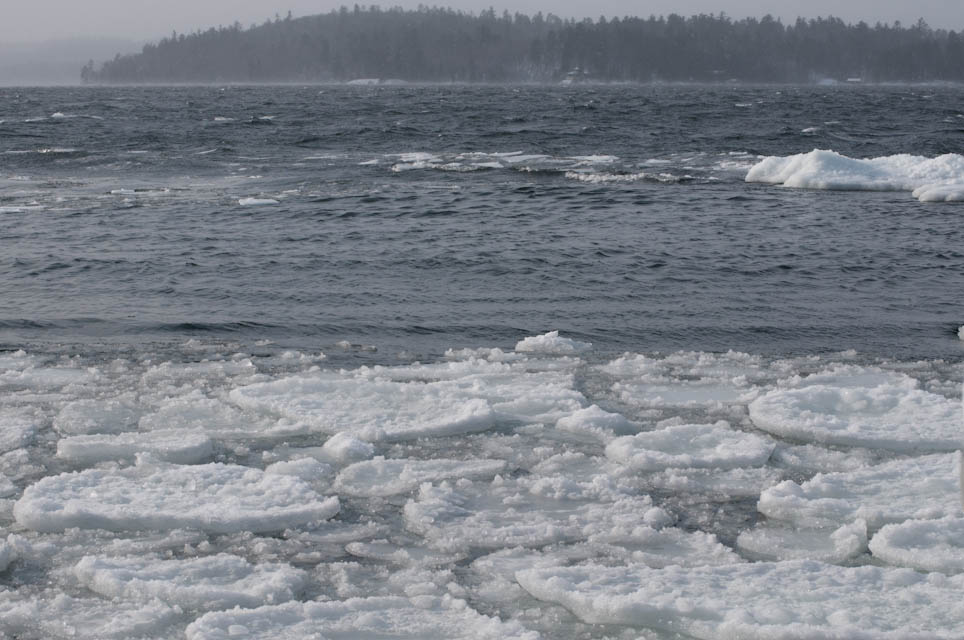 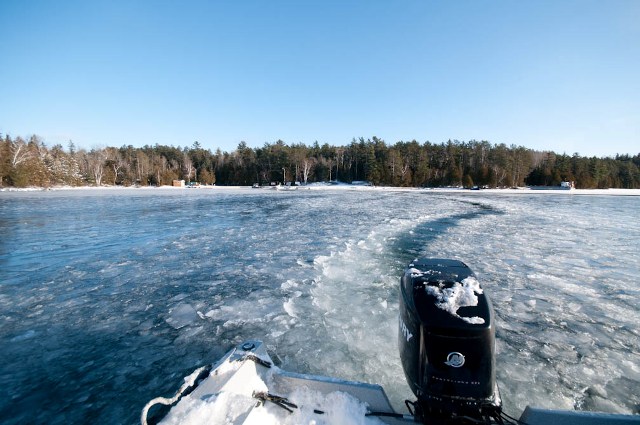 Fall colours at the entrance to Spawning Bay 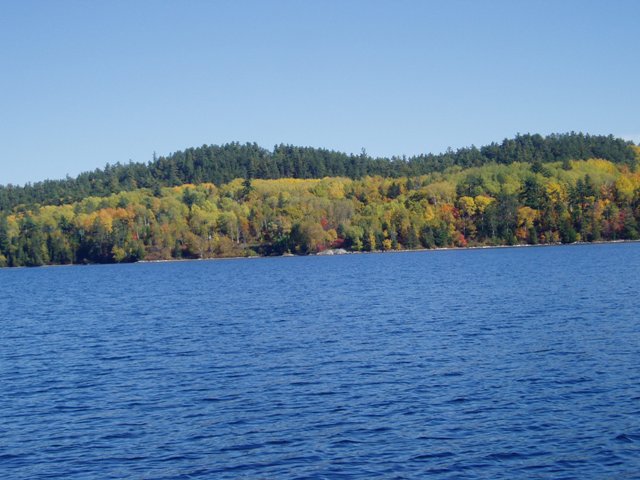 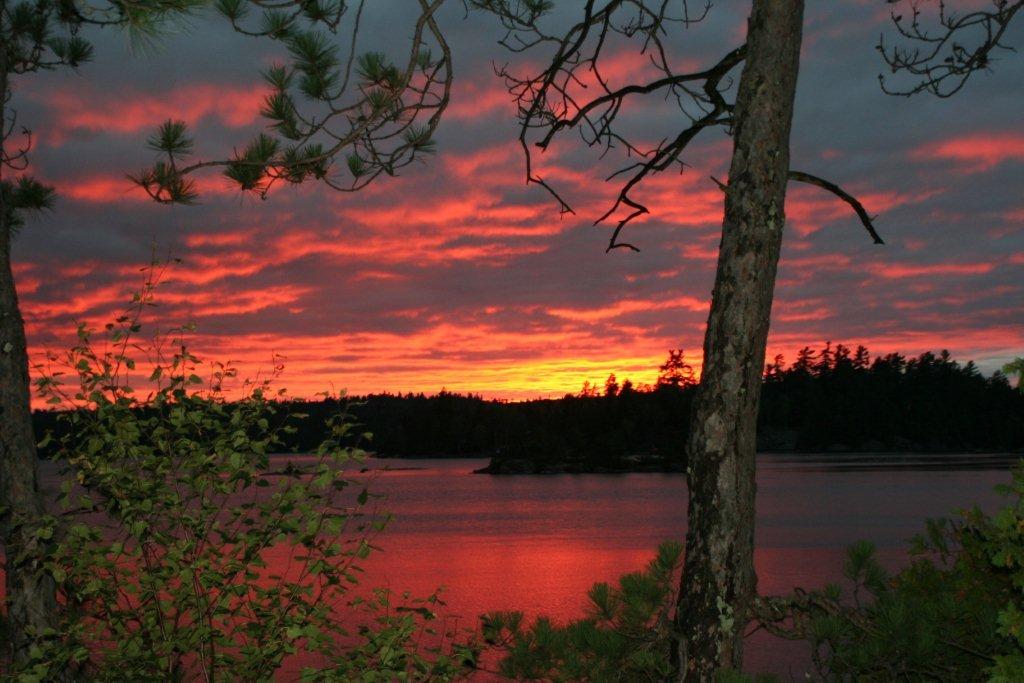 opposite Ket-Chun-Eny Lodge this summer.

This one was photographed by Trisha Healy on Garden Island resting, but alert,

on a very tall but dead red pine. 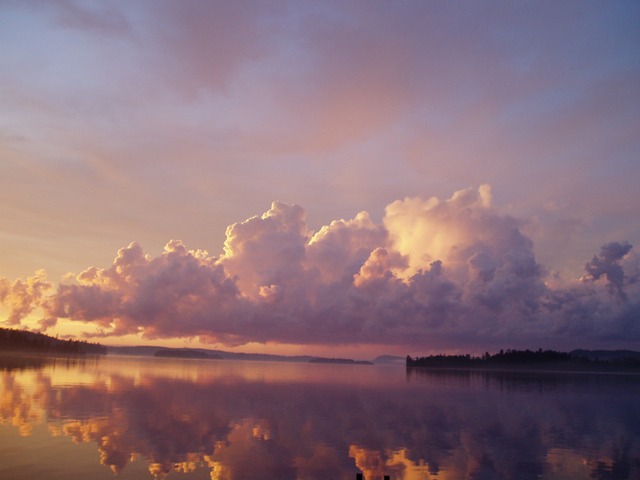 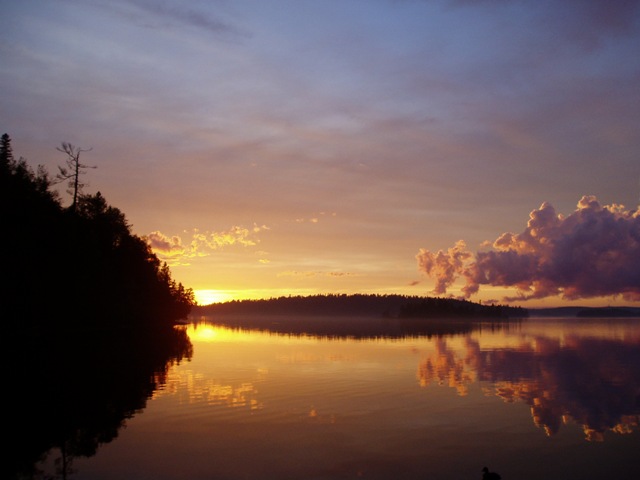 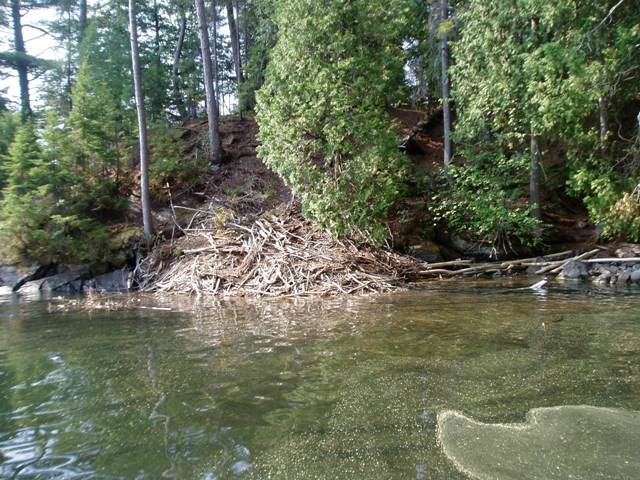