Temagami Lakes Association: The Life and Times of a Cottage Community 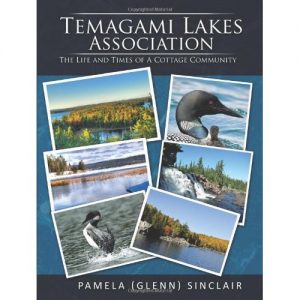 The Temagami region of northern Ontario has been a magnet for recreational canoeists since the 1890s, when city dwellers began embarking on long, gruelling trips to reach its unfettered wilderness. The land is steeped in the history of its tribal inhabitants, the Teme-Augama Anishnabai (TAA), whose roots are 6,000 years deep.

At the turn of the 20th century, the TAA still hunted on their traditional family territories, trading pelts at the Hudson’s Bay Company post on Bear Island. The railway arrived in 1904, easing travel from all over North America. Steamships conveyed passengers to all five arms of the lake where rustic resorts and youth camps were popping up. Soon, the village of Temagami became a tourism hub. Logging and mining would later diversify the economy. The province of Ontario began leasing the lake’s more than 1,200 islands in 1906. In 1931 cottagers united against logging near the mainland shoreline under the Timagami Association banner, now the Temagami Lakes Association.

Temagami is the only Ontario lake where mainland shoreline development is banned. Temagami Lakes Association: The Life and Times of a Cottage Community recounts Temagami’s history to 2011, and examines the Association’s often convoluted, occasionally controversial, relationships with the TAA, various levels of government, full-time residents, and within its own ranks. The narrative is lightened by cottagers’ tales of mice invasions, flesh-embedded fish hooks, encounters with big-screen stars, cabin construction gone awry, and the like. More than 150 photos enliven the text.

(This book is available at the TLA Headquarters Building or by e-mailing tla@onlink.net.)