Birth of a Shoal

The dropping level creates some unusual sites as the shoals the challenge us in summer appear to be birthed at this time of year.

Lake Level is Up

As the dam is wide open the lake level is dropping as can be seen here.

On March 12, after three days of warm temps and rain the lake was slush on top of maybe 24 inches of good ice. Imagine 12-24 inches of slush off the trails and even on the trails it was not good. After I jumped off the Bear Island road towards Loon Lodge and the TLA dock this is what I went through at about 5000 RPM/10 mph.

On March 12 I ran into John Moskwa, Loon Lodge, loading snow into a toboggan. The snow he had piled around all of his fish huts/bungalows had melted so to provide insulation he had to rebank each one. I guess you all thought fish hut operators just sat inside collecting money. Not true. Tough way to make a living. Join them for a Loon Burger this summer.

Fishing in the slush – fun 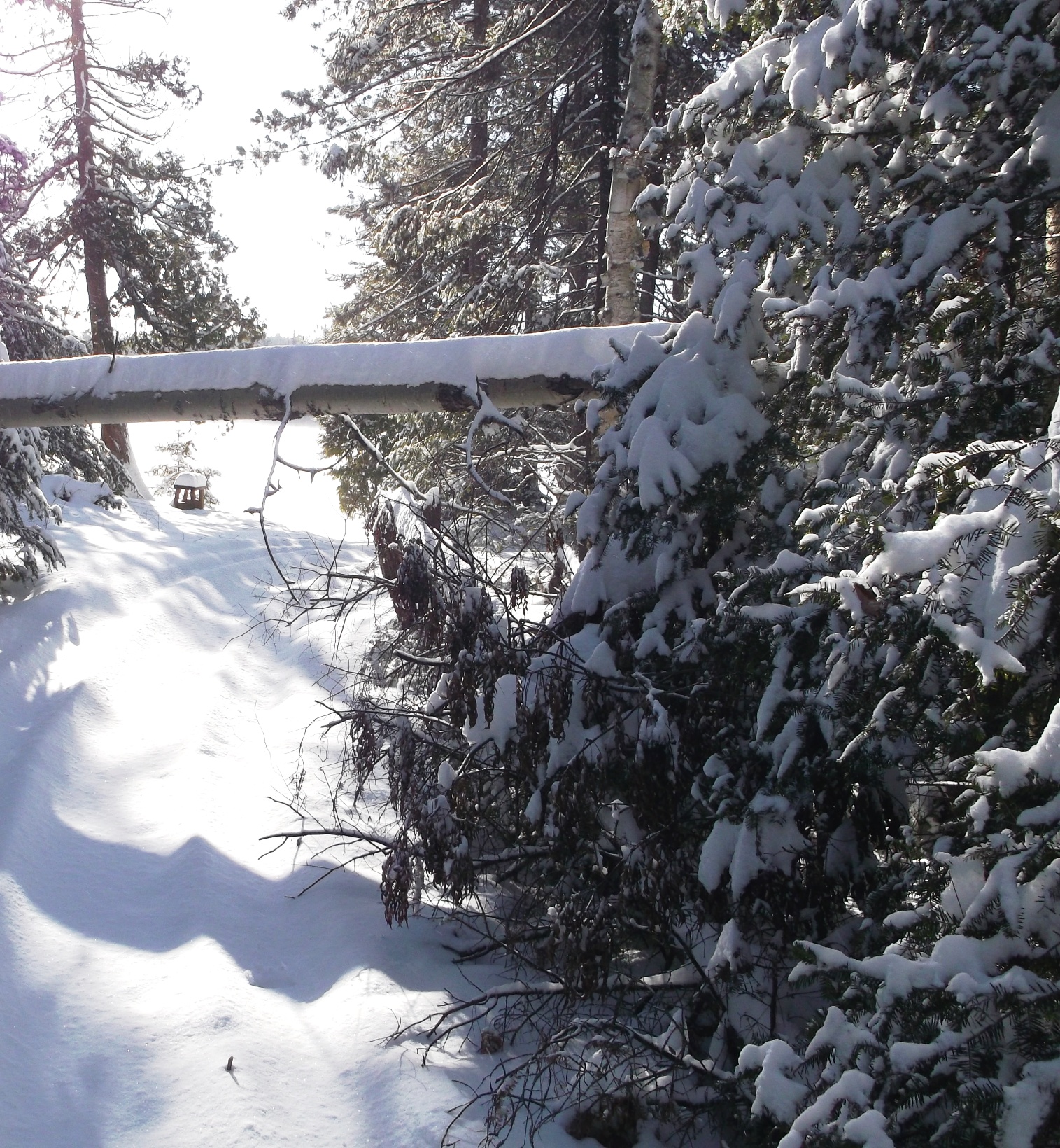 Travelling across the Island January 20, 2013 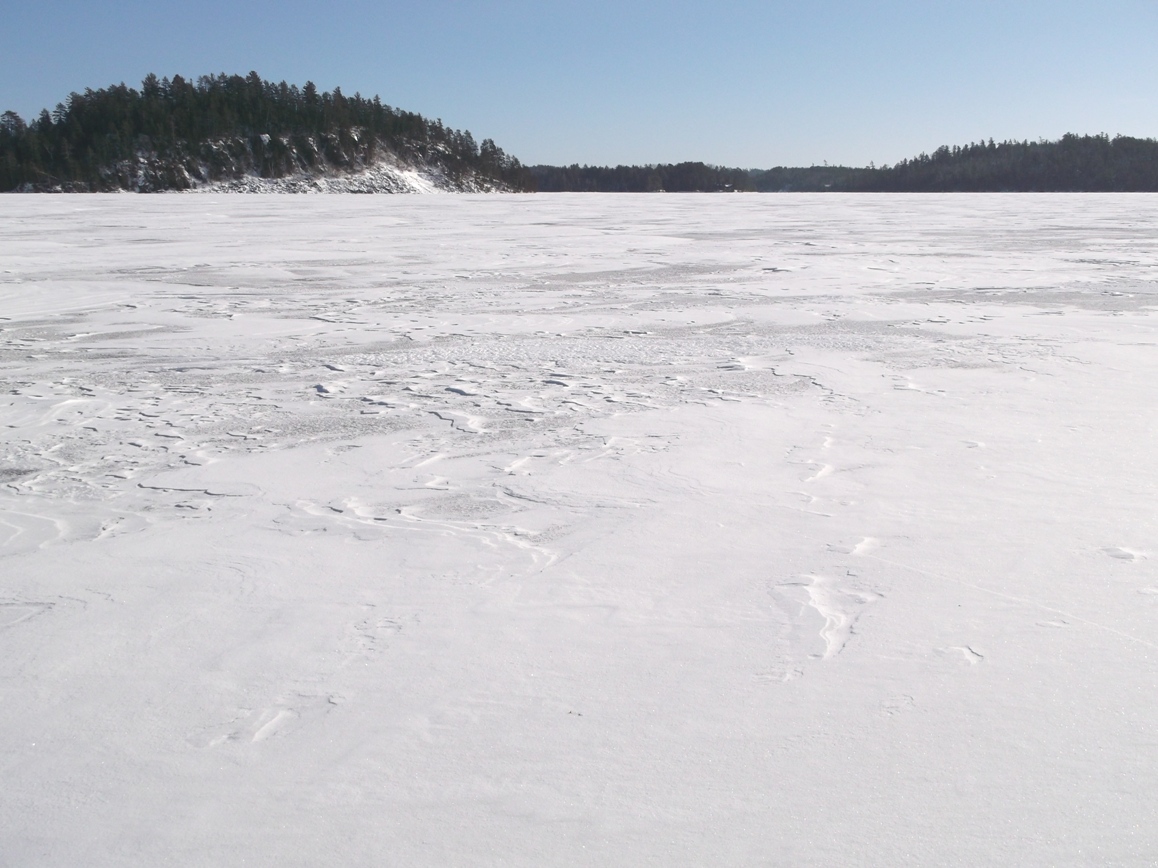 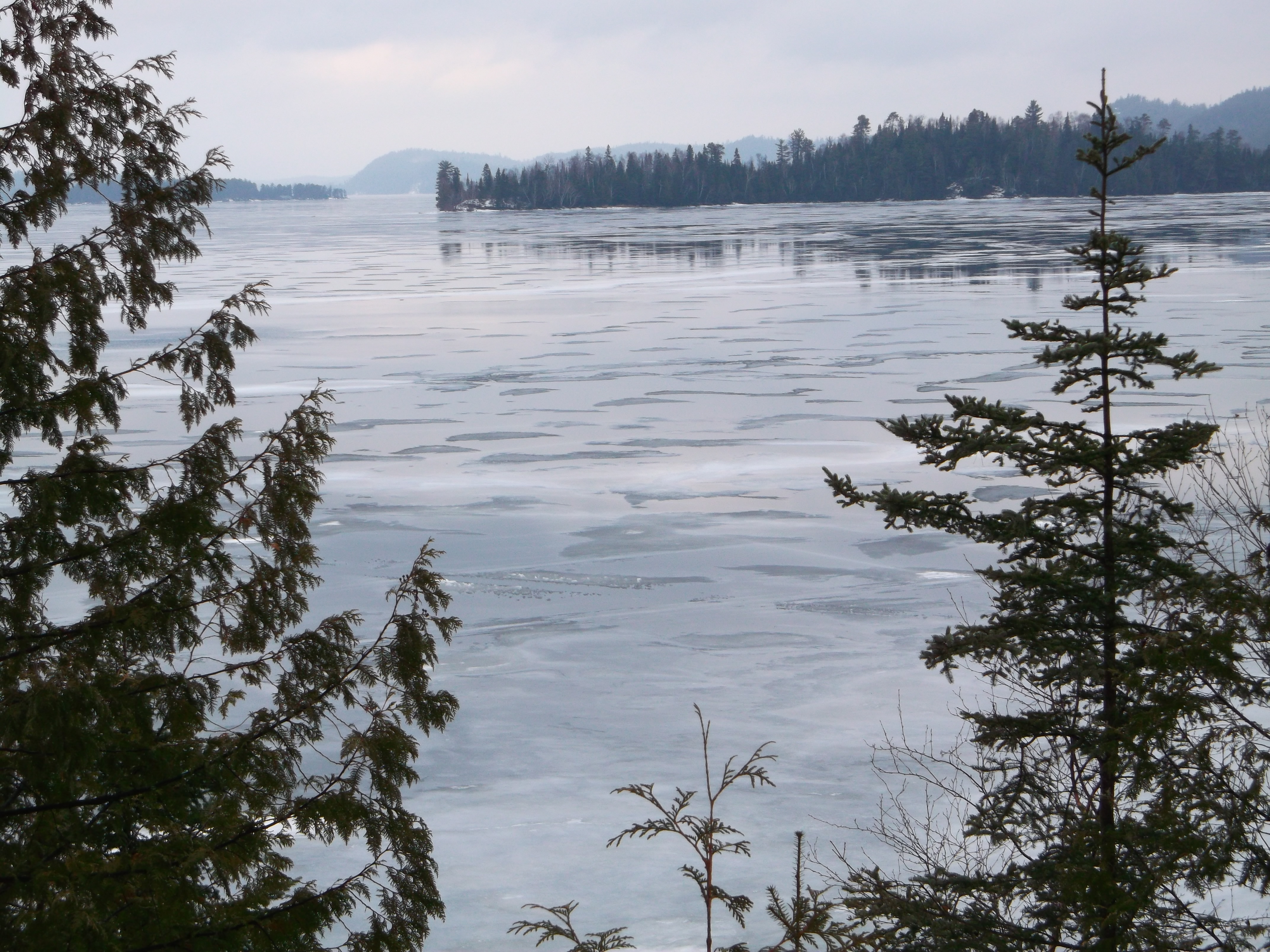